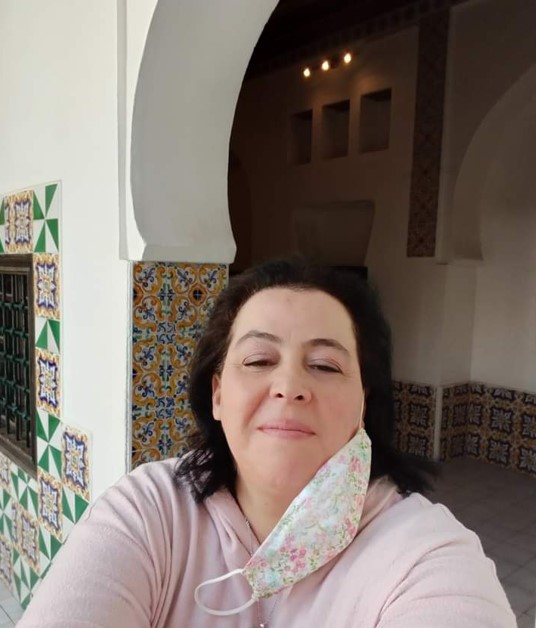 I started at the beginning, by painting on silk, it was a very nice experience, I then tried decorating on glass. Then I switched to wood.

The adventure of painting on wood began around 2016, I did my apprenticeship in an association. It was not easy to switch from fabric to wood, but I persevered, and I began to appreciate this art, which was inspired by a documentary about a craftsman Mr Maidi at the Telemly market, I appreciate his work and I ended up taking lessons with him, his art consists of reproducing sendouk Laaroussa (box of the Bride), mrifaat (object holder), mirrors…etc in the style of old Algiers. I also started to produce a certain number of works, which I wanted to exhibit, I was then confronted with the difficulty of the process. either the information reached me late or the rental of the exhibition was expensive.

I also take lessons from Mr Adjaout, while trying to exhibit when possible. visitors find my designs beautiful but sales are sometimes slow in coming.
The realization of my works depend on the carpenter, I buy the paint in establishments which produce it or import it, the supply of good products is also an investment.

A little preview of my designs